Google Pixel SmartPhones will get updates till next year only

System updates are the most important aspect of any operating system. In Android-only Google Pixels and Nexus series, one will get the update as they are released. And other companies wait much longer to get those latest updates of Android.

When Google releases its own Android smartphone named as Pixel they said it will get all the Android updates directly from Google as they are released in the market, but now Google said that there is the end point of getting Android updates of Google Pixel, this end date will be October 2018. And this is same for you Pixel XL.

This should be nice for the users were using Pixel devices because Google said it clearly to the users. And the owners of Nexus devices the dates are different. Nexus 5x and 6p which is launched in the last 2015 will get their final updates until September of 2017.

It creates the same situation like iPhone users face. Because every iPhone will get their iOS update only for 3 years after the launch. For an example, iPhone 5 is released in 2013 but getting all the iOS 10 updates still.

And in Android, Nexus 5 is launched at the same time of the release of iPhone 5 but its last update was December 2015 of Android 6.0 Marshmallow. This is not completely the mistake of Google nor the mistake of Android hardware developers. The majority of the chips which was used in most Android Smartphones are made by Qualcomm, which sold in U.S has a requirement to develop and optimized drivers to support all the updates of Android operating system. They said they provide support only for one and a half year, which creates difficulty to Google to release all the updates for the Pixel.

There is a way to solve this problem. If Google made their own chipsets like Apple and not use any third party chipset then this problem will get solve. But apart of this, all Google fans are waiting for Pixel 2 include us. 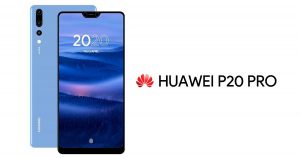