Home>News>The Innovation and Success of the Samsung Galaxy S10

Samsung is a giant of a company – that statement being an understatement. The name itself sparks instant recognition among people and generations across the board. As a company, it has waded into many ventures including tech and production – all of which it has arguably been successful at. And because of this, there is never a time when Samsung does not hold the public’s attention as consumers wait impatiently for updates and news on upcoming or current products.

And a recent signature as of late has been the Samsung S10. This phone is part of its Galaxy line-up that is a major source of revenue for the business. The Samsung S10 is part of a line including the Samsung S10e and S10+ with each addition having its own set of benefits. These are all huge assets to the company and have proved a good venture to take in a saturated market of smartphone tech – a market that becomes more and more cutthroat every day.

The company competes well against its massively successful competitor Apple, maker of the iPhone. In a number of ways, it is preferred to Apple’s product by many buyers across the globe – its smartphones including the Samsung S10 being featured globally for sale. And keeping that in mind, its competition with Apple has never been a secret. Both produce similar types of tech and are arguably the top creators in their field, though that is a mostly opinion piece and varies with who you ask.

So what features set it apart or just add to the overall experience of the product? Well the Samsung S10 comes with an “infinity display” designed for seamless viewing. It also features a top-notch fingerprint scanner that can be used to unlock the device, increasing the phones security measures. And, in addition, the phone has a good size screen made to be easily handled and interacted with.

As a company behind the S10, Samsung has proven itself to be a force of nature in regards to the tech industry and everything it entails. Because of this and its expectation exceeding success, there has come a desire to push the boundaries of what can feasibly be done and what has been done in the past. And with that in mind, Samsung is taking that challenge to heart as they produce new product after product – much to the delight of the company’s user base everywhere. 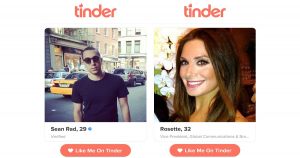